The 16th man describes the match as seen from the crowd, accurate or not as it may be :-)

The last home HCup pool match this season against Castres Olymipique, not the most threatening of sides traditionally when away, but Munster were warned in the press by the Castres coach during the week that Castres had no intention of lying down. He said they were honoured to travel to Fortress Thomond to play Munster, and would do their best to make it a "great adventure".

Munster started strong, and pushed forward with a great break from James Coughlan up to the Castre try line within a few minutes of kick-off. 3 feet from the line, Earls gathered and passed to Mafi, but between them they couldn't connect and knocked on over the line. 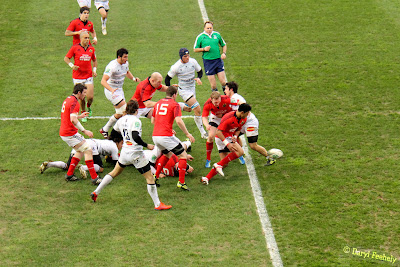 Munster continued with solid set piece play when at 8 minutes, Johne Murphy broke through a poor tackle on the 22 to run down the wing and touch down unchallenged, 7-0. 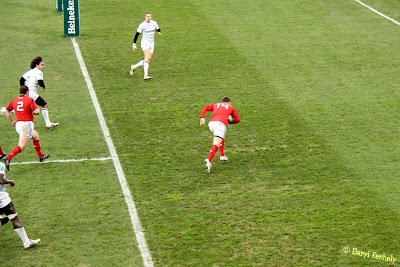 Castres missed a penalty at 11 minutes, and Munster edged more in front with a successfull penalty attempt by ROG at 14 minutes, 10-0. Castres showed a lot of hunger in the first half, using loops and fast passing to edge their way up the field. Despite wasting a few overlaps, this work paid off at 17 minutes when they walked through a pretty much non-existent Munster defence to score and convert, 10-7. Munster showed passages of continuity with good linkages between the forwards and backs in attack, Conor Murray and Peter O'Mahony especially vibrant in breaking the line. On two ocassions (21 and 26 minutes), Munster's attack under the posts was halted by Castres infringing at the breakdown. 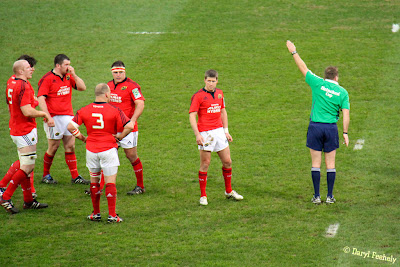 2 penalties later the score was 16-7. Despite holding the majority of posession and territory, Munster failed to increase the score before half time, a final push fizzling out under Castres defence.

The longer half time break was filled with the music of Daithi, the Galway entertainer that merges traditional music with electronic looping. While the music was very good and upbeat, the lone sight of Daithi on the pitch was a bit underwhelming. He did his best to move around while performing, which I'm sure works very well at a gig, but perhaps a few dancers or flag bearers walking in formation to the music on the pitch would have added an extra bit of theatricality given the venue. 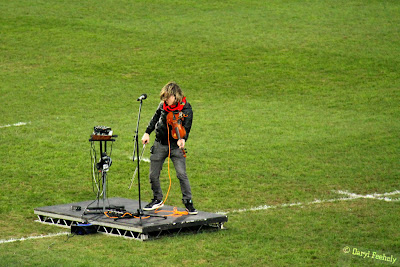 Castres opened the second half with a fantastic long range penalty the just sneaked in above the cross bar at 43 minutes, 16-10. ROG replied with another penalty in the next phase of play, but his attempt came off the upright, with Castre wrapping up possession. The continuity that Munster showed in the first half seemed to have been left in the dressing room. They continued to put the ball wide out the wings, where Zebo and Murphy showed good control and did their best, but the Castres defence was wide to it.
Another penalty at 51 minutes put the score at 19-10, before Munster were gifted a sin-bin of the reluctant to leave Castre scrum half at 53 mins. 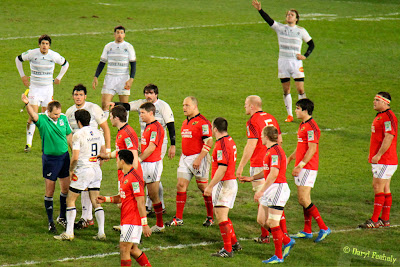 Munster couldn't capitalise on the player deficit though, the closet chance coming from a sniping Conor Murray running through close to the line only to be disallowed because of obstruction by Paul O'Connell no less. Despite cracks appearing in the lineout that was so strong in the first half, coupled with an underwhelming performance by Mafi and Earls in the centre, Munster continued to slowly close out Castres and were rewarded a favourable TMO decision at 67 minutes when Du Preez touched down. The conversion put the score at 26-10. The Munster reinforcements arrived in waves but couldn't contribute positively to the scoreboard. The match finished at 26-10 to Munster. 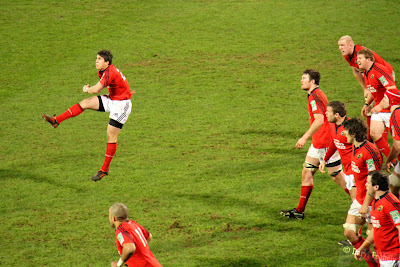 From a supporters point of view, the match overall was flat, the atmosphere never reaching the fever pitch that is usally present at a HCup match. Perhaps because we knew nothing was really at stake and that Munster would comfortably win. Good points to take from the match are that when it worked, it worked very well, the combination of joined up play, solid scrums and domination in the lineout bode well for the knock-out stages. Bad points unfortunately on this occasion are equally present.
There was no ingenuity in the back line, Mafi breaking tackles plenty of times, but not completing the move by passing the ball constructively. The match descended into a game of individual performances towards the end. Nevertheless, a win is a win, especially in the HCup, and not only that, it's a clean streak so far and secures us a place in the knock-outs. 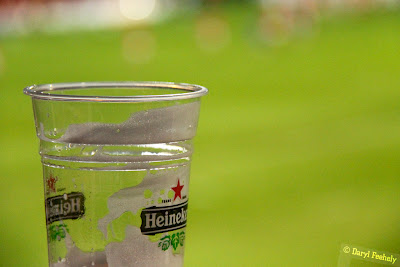 We will need to step it up for Northampton next week though, bring it on!

To the Brave and the Faithful, Nothing is Impossible.
Posted by dfeehely at 12:42 PM